I grew up in a border town, which meant that in a mere half-hour we could be in Minnesota. Taking a drive to “The States” was something we did on a regular basis. The Old Man, Ma and I would take many a Sunday afternoon drive down to the US border just to wander around the Border Store with it’s creaky wooden floors, endless aisles of trinkets ‘n trash, and all kinds of cheap crap made of plastic.

There was also all the absolutely stupendous candy that you could only get in America. It wasn’t like today where you can get anything from anywhere no matter how far out in the boonies you live. Back then, you had to travel 40 miles south on highway 61 and cross the Pigeon River Bridge to sink you teeth into a wondrous and unforgettable Sugar Daddy, Chocolate BB Bat, Big Cherry Bar, Turkish Taffy, and the oh-so exotic wax bottle mini drinks. Good God they were good.

By the time I was a teenager we had many trips to Duluth, or even as far south as Minneapolis. Most trips were shopping excursions, which often included my older sister and at least one of her ubiquitous girlfriends. I have fond memories of the lions and tigers at the Duluth Zoo. Once the Dag Hammarskjold High School Band did a disastrous tour of Duluth High Schools. I played second clarinet. Enough said. I also made at least one trip to Duluth with my girlfriends Terry and Suzy, where we stayed in a cheap old hotel that stank of stale cigarettes and fried onions, and met two man-boys, one of which wore a toupee. I still blush when I think of it.

I remember where I was the day President John F. Kennedy was assassinated. Mr. Ward made the announcement that fateful Friday afternoon just before our class was dismissed for the weekend. I remember how stunned and sad I was walking home from school that miserable overcast November day. I remember the excitement of Neil Armstrong walking on the moon in the sultry summer of 1969. Decades later I would fictionalize the memory in my first novel, Summer in a Red Mustang with Cookies. I remember where I was the morning of September 11 when the twin towers were brought down. The Today Show’s Katie Couric delivered the devastating news in real-time as we watched in horror as they crumbled to the ground in a cloud of smoke and ash. But like the Phoenix rising, I remember how deliriously happy I was when Barack Obama became President. The Americans had a great leader again, one worthy of our respect and admiration, like Kennedy.

And then I remember how bewildered I was almost a year ago when Donald Trump announced that he was officially running for president of the United States and that he was going to make America great again. How was that even possible? First of all, I thought America was already pretty great. I thought this had to be some kind of joke, another publicity stunt, and that he didn’t stand a chance. But now, like most of us, I know that this isn’t a joke. This is seriously scary shit. Come November, it is quite possible that we could all be saying President Trump. I choke on the words.

When I look back on the America of my youth, the America I loved to visit, the America I admired, and the America I thought would be such a cool place to live, I’m sad and overwhelmed with grief by what is unfolding on the other side of the border. Over the past few months, I’ve found myself angry, frustrated, dismayed, disturbed, troubled, worried, offended, frightened and quite frankly, disappointed, ashamed and embarrassed by all the bad behavior and empty rhetoric taking place in a country I so admired. It’s like finding out your favorite uncle wasn’t at all what you thought he was, that he actually deserved to be behind bars and not held in your high esteem.

But I haven’t lost all hope. There’s still a part of me that has faith in the wisdom and intelligence of the American people; that there are more who are good, kind and equitable than ignorant, hateful and prejudiced. There is still a part of me that believes that when the rubber hits the road, the America that I loved as a young Canadian girl is still there; that these great Americans will show the world that they are too smart to listen to the reprehensible rants of a carnival barker, to be influenced by fear mongering, and most importantly, to be duped by a spoiled charlatan with deep pockets, bad hair and a shallow devious mind. 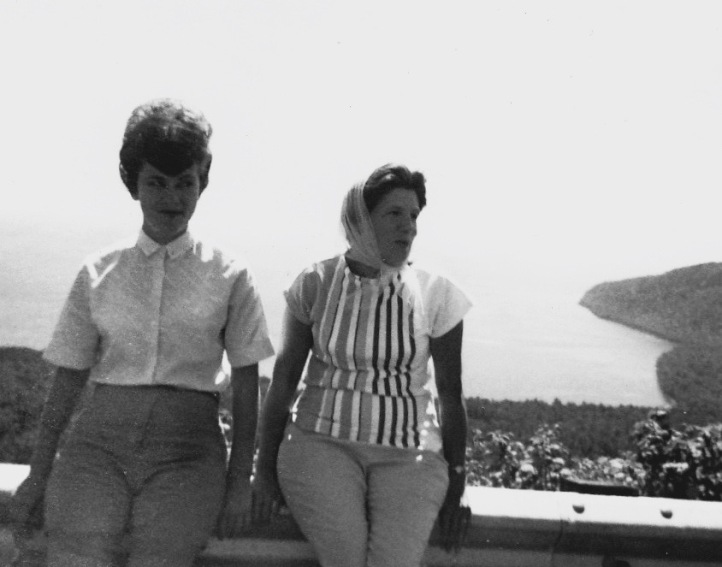 2 thoughts on “Diaries of The Breadman’s Daughter: On Making America Great Again.”