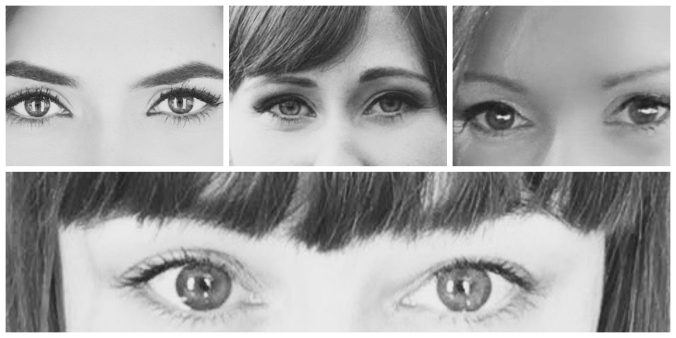 I’m a visual person and so grateful for the gift of sight. Something happened recently that served as an exquisite reminder of what a wonder it is to be able to see. I mean really see the world around us. From the miniscule to the monumental. From the fine grains of sand beneath our feet to the infinite stars that dust the midnight sky above our heads. And every extraordinary remarkable astonishing breathtaking thing in between.

What was the catalyst for this reawakening?

Recently, my Big Sis (aka BS) had a cataract removed from her right eye, the worst of the two afflicted by the disease. Her ability to see had grown increasingly dire over the past several years. Both close-up, and from afar, things were cloudy with a slight chance of rain.

Needless to say, our family was delighted, and quite frankly, relieved when the first cataract was removed. She was halfway to having her vision fully restored. Her eyes had been revised and she was given a shot at second sight.

Despite the challenges of our relationship, I love BS dearly and couldn’t wait for her to see things. But what I quickly realized was that her vision might have been restored but her ability to see had not. Her eyes were functioning physically but she could not see.

At a family dinner a few days after the surgery, she gushed exuberantly about all the things she could now see so well, the unbelievable things that her cataracts had kept hidden from her these past few years. It was such a marvel, a revelation beyond revelations.

The list was endless and exhausting. Dust on furniture, dirt in corners, scratches on vehicles, wrinkles on faces, blemishes on skin, grey in hair, cracks in walls, nicks on floors. On and on it went.

At first I found it rather humorous. But humor quickly changed to dismay, as this list appeared to be growing with each day that her vision improved.

And right now, as I write this, I just feel sad.

We live in such a lavish and graciously abundant universe. There is so much to see. So much awe-inspiring wonderment surrounds us. Although this particular wake-up call and reminder from BS, whose focus these past few weeks has been off-kilter and categorically on all the wrong things, was disturbing I cannot point the finger at her without pointing three back at myself.

In searching the darkest crevices of my heart, I know I’m just as bad. We’re one and the same, and not because we share DNA. We both lose sight of the big picture sometimes, and that has nothing to do with being sisters.

Far too often I have indulged in focusing on the flaws, the imperfections, the defects and deficiencies. I’ve been on faultfinding missions of epic proportions. I’ve only seen the lack and scarcity. Not enough. Half empty. I’ve squandered my vision carelessly. Recklessly. Audaciously.

And worse yet, I’ve taken it for granted.

I’ve chosen that impaired perspective over seeing the bounty and the plenty. The cornucopia. The beautiful. The splendor. The kind.

And most importantly, the good. 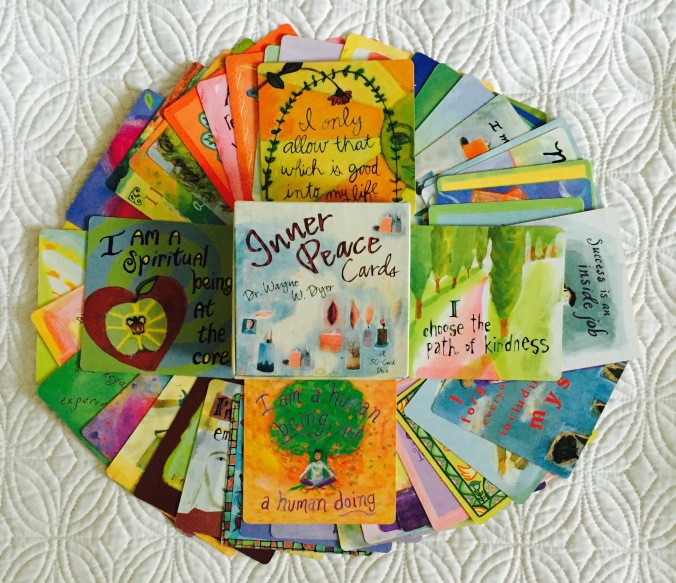 Facebook really knows how to deliver the news. Whatever is going on in the world, it ends up there in some way, shape or form. Guaranteed. So much of it is bullshit baffling brains. It’s a crazy-ass stew of hilarious, hysterical, heavenly, helpful, hurtful and harmful.

And every now and again, it’s gut-wrenchingly heartbreaking.

This emotional gutting happened to me a year ago when I opened my Facebook newsfeed, only to learn that my dear one and soul sister, Mary Frances had died. Then it happened again on Sunday, August 30. Wayne Dyer has left his body, passing away through the night. My first reaction to both death announcements was, “how’s that even possible?”

Initially, my entire being was thrust into abrupt and swift shock. Then, my soul struggled to fathom such an impossible notion, such a far-fetched and preposterous declaration. Surreal doesn’t even begin to describe what I was experiencing in that moment. Then panic set in. If Wayne Dyer isn’t in this physical dimension, then where do I go in times of fear, sorrow, anxiety, trouble and confusion? Who will comfort me? Where will I find solace and courage, strength and grounding? Who else can provide such powerful profundity and candid commonsense? For this is what his words and wisdom had provided me for the past three decades.

Then I just felt sad. Deeply. Profoundly. Fervently. Utterly. Completely. Every fiber, every cell, every piece of me went into mourning.

I was sad for everyone who loved him, his family and friends, his followers and devotees, those who were lucky enough to know him personally, and those like me, who knew him through his books, audio recordings, PBS appearances, his website and social media.

Like many, I “met” Wayne through his first book, Your Erroneous Zones. I say I met him because that’s exactly how it felt. And as I read more and more of his books, I felt like I was not only learning and growing increasingly aware of my interior and exterior worlds, acquiring a deeper understanding of this life and the one beyond the mist, but that I was also getting to know the man. And this man was extraordinary in every way.

Marvelous and wonderful. Magical and mystical. Intelligent and wise. Witty and entertaining. Mentor and teacher. Inspired and an inspiration.

So what does the student do when the teacher moves to a different realm?

Thank you Wayne Dyer. You changed my life. I am eternally grateful. 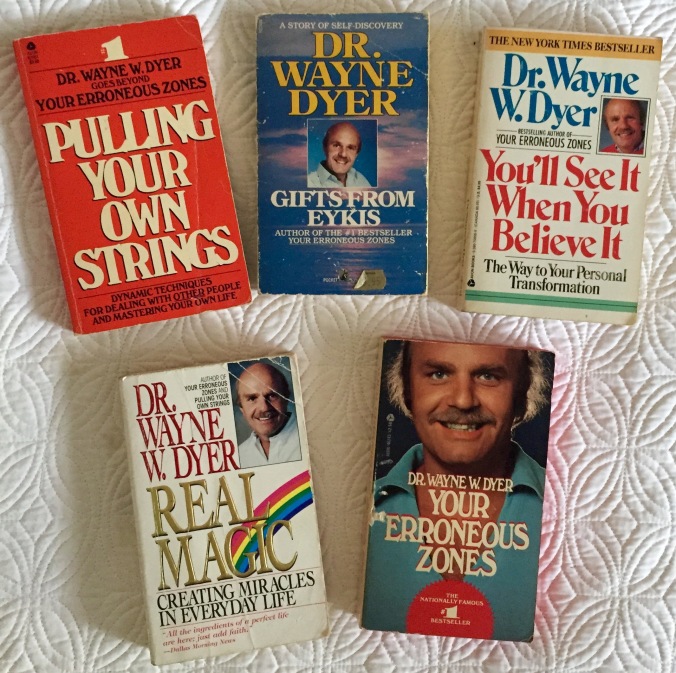 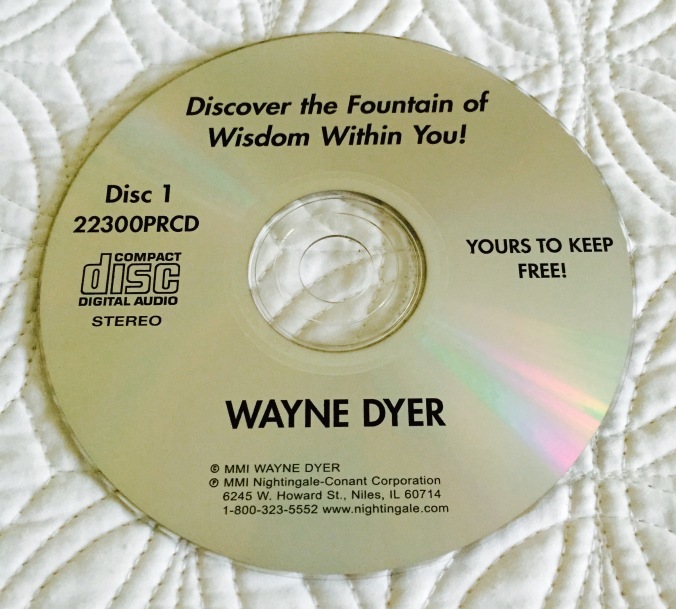 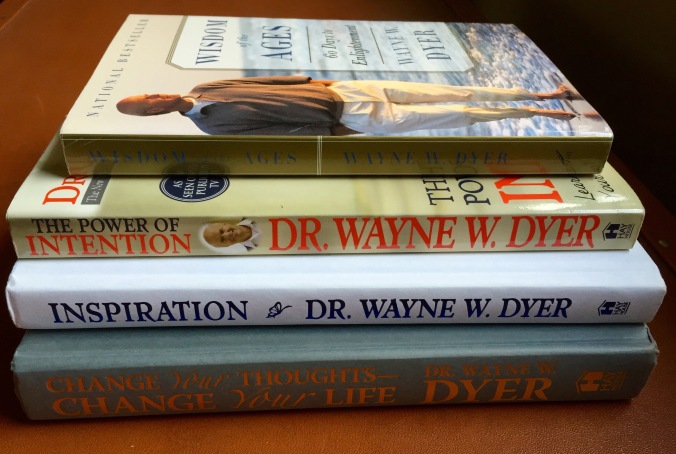 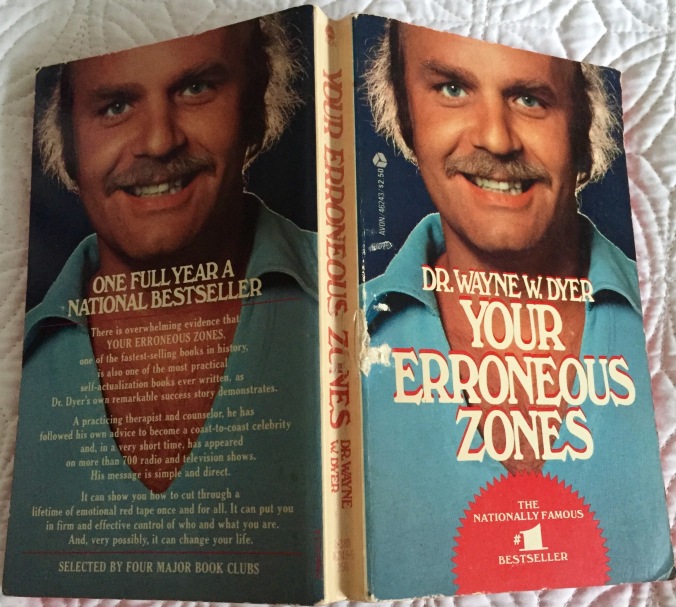 Girl Warrior. Follow your passions. Therein lies your love affair with life. Be curious. Channel your inner Curious George. Do things that you love to do. Be enthusiastic. Keen. Overflowing with zeal, zest and gusto. Embrace new ideas and ways of doing the things you already know. Be creative. Imaginative.

Take the magical mystery tour. Expand. Grow. Cultivate. Hone. Set your heart on fire. Grab a handful. Then another. And another. Gush about the things you love. Take risks. Embrace the failures on the way to your successes. Learn and get on with it.

Dive in with your whole heart Girl Warrior. 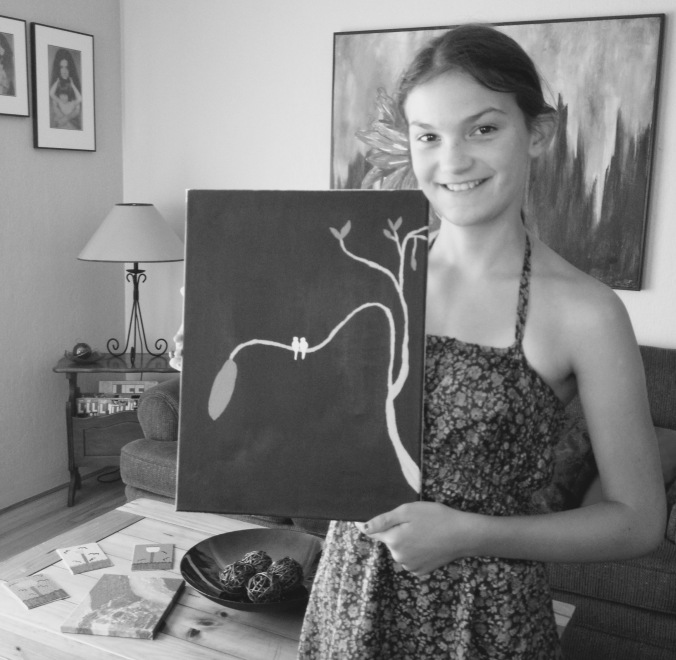